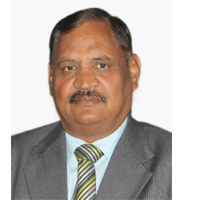 Our nation has witnessed so many systems of education during the past few centuries. In ancient times, education hubs were mainly administered by independent scholars though funded by their kingdom. Takshashila, Nalanda, Vikramshila, etc are a few examples of the world-famous institutions of ancient India. Due to the autonomous nature of educational institutions at that time, six schools of philosophy (Shad Darshan), quite different from each other, could be developed in the Indian subcontinent.
If we see before independence, the need for education was just to fulfill the operational and administrative requirements of the foreign rulers. They were not at all interested to develop technical, scientific, economic or political awareness through education, which could suit the geographical, environmental, social and cultural traditions of this ancient and glorious civilization. And after independence, what is the condition of our basic education system? Does education mean only clearing competitive exams such as JEE, IIM and AIIMS and ultimately getting heavy salaried jobs? That too is necessary of course, but should the aim of education only be financial stability?
The practical aspect of education should not only ‘job-seeking’. Education should also mean to create opportunities for others, to gift something useful to society, something new to mankind.

What about morals? Where are the attempts to prepare students to meet the future challenges, indigenous technology, creativity, social engineering, crisis management, systematic exploitation of natural resources and humanitarian view in management, scientific approach towards religious and cultural aspects? How to be a good human being, what should be our role as a citizen of this country? To what extent we should run after money? Why should we wish to acquire all the wealth of society though we know everybody needs it? Have we produced any Nobel Laurent after Sir C V Raman in India? The answer is No. Because our educational priorities are changed. Education has become a job oriented once again. It has lost the capability of developing thought processes within the student. That is why we don’t find sufficient entrepreneurs for “Start-up India”.

Doon Laurels Academy- a tiny attempt in this direction, aims to provide such a holistic system of education so that students are developed as a complete personality. They should be more fruitful to their family, society, and nation. We are aware of our role in society and therefore we are committed to providing multidimensional and more practical education system to our students without harming their self-esteem, without schooling any specific thought in to their subconscious, and at last nurturing them as an independent entity rather than to cast them as clones or program them as robots.